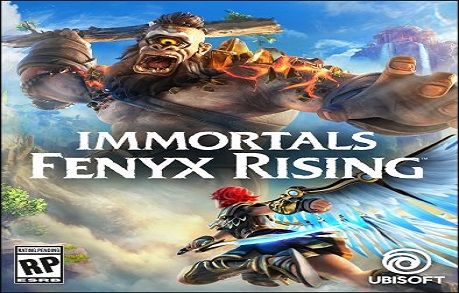 Ubisoft's Zelda-like Immortals: Fenyx Rising, the game formerly known as Gods & Monsters, had its proper unveiling as part of the Ubisoft Forward event. We've also now learned that Ori and the Blind Forest and Halo Infinite composer Gareth Coker worked on the music.

GameSpot is happy to premiere the title theme today, which is called "Heart of a Hero." It is a powerful and energetic song that successfully captures the essence of a game with an epic story like Immortals has. Coker used ancient instruments like the lyre and kithara for the music, and he even commissioned a luthier from Greece for the score. You can listen to the track in the video below.

"In terms of the overall palette, it is a mix of both ancient instruments such as the lyre and kithara, two of which I specially commissioned from a Greek luthier and waited nervously while they were shipped across the Atlantic," Coker said in a statement. "The game also has a strong magical and spiritual element which I brought in through using several different higher pitched instruments but processing them to make them more mystical. Tying it all together is the orchestral and choral elements, which gives us the weight we need in the game’s grandest and most epic moments, of which there are many." 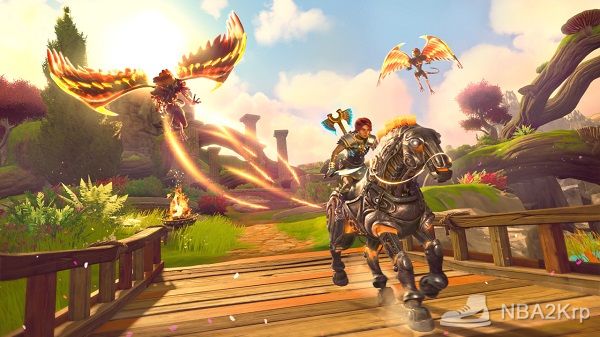 The main melody in the theme music is sung by singer Kelsey Mira, who also performed on the Ori and the Will of the Wisps soundtrack.

"I knew I wanted a solo voice to sing her main melody initially. The singer--Kelsey Mira--has an innocence to her voice and performance that reflects the start of Fenyx's journey," Coker said. "The melody is then repeated and varied throughout to reflect the various trials and tribulations Fenyx will face throughout, but also some of the lighter, more poignant moments too. I did my best to encapsulate in one piece everything the player will face in the game."

Coker also shared that the music he wrote for Immortals took direct inspiration from what he learned after reading the game's script and considering the game's "otherworldly visuals."

"After reading through the game's script and learning about Fenyx's journey, my ideas stemmed from there and combined with the otherworldly visuals that the game presents," he said. "A compelling story woven into a beautiful world inhabited by fantastical creatures both big and small is a very nice canvas from which to start with."

The Immortals theme will be available on all download and streaming platforms beginning September 14.

As for the game, Immortals is launching on December 3 for PS4, Xbox One, PC, and Switch, as well as the PS5 and Xbox Series X/S. For lots more, you can check out 17 minutes of gameplay footage in the video above and further coverage in the stories linked below.