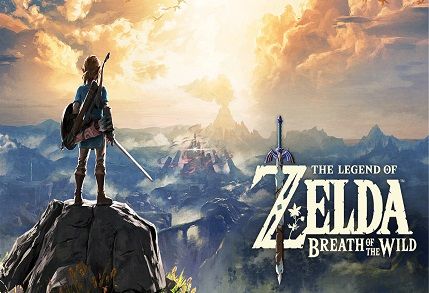 As part of Nintendo's E3 2021 briefing, the company showed more of The Legend of Zelda: Breath of the Wild's sequel and confirmed it's expected to release in 2022.

New footage of the untitled Breath of the Wild sequel was also released during the show, and producer Eiji Aonuma confirmed that some of the game takes place in the sky. "Return to Hyrule, and the skies above," Nintendo said as part of E3. The trailer below may contain further clues about what to expect from the much-anticipated sequel. Have a look for yourself and let us know what you think.

The Breath of the Wild sequel was first announced during E3 2019, and Nintendo has been teasing a darker tone for the game, which the new trailer at E3 2021 seems to tally with. It has also been discovered that playing the music from the trailer backwards gives you the original Breath of the Wild theme music.

If you're interested in securing your copy early, The Legend of Zelda: Breath of the Wild 2 preorders have gone live at some stores, but only for the $60 standard edition.

This year marks the 35th anniversary of The Legend of Zelda series, and Nintendo has a few releases lined up to celebrate. The HD remaster of Wii's Legend of Zelda: Skyward Sword launches on Switch on July 16.

During its E3 2021 Direct, Nintendo also revealed a new Legend of Zelda Game & Watch system at E3 that comes with three games and releases in November. Additionally, Nintendo announced that Hyrule Warriors: Age of Calamity's Pulse of the Ancients DLC will launch June 18.