Path of Exile 2 was Made Public

Describing Path of Exile as a Diablo clone doesn’t begin to do the game justice. The developers at Grinding Gear Games took the loot-driven action RPG framework pioneered by Diablo and built a creative and compelling alternative that’s unlike any other game on the market.

PoE2 is a creative solution to a knotty problem. The original PoE is a very good game that’s built on an interlocking set of complex game mechanics. It works and it works well. But the developers came up with a lot of ideas about how things in PoE could be done differently as they refined and evolved their game over the years. The problem was many of these ideas would break the excellent game they were already running.

Path of Exile 2 has the same set of seven character classes as the original but there are 19 new ascendancy classes and the skill system has been redesigned. Characters in PoE2 will also be able to shapeshift at any time if they have the relevant skill. Bosses at all levels have been improved. 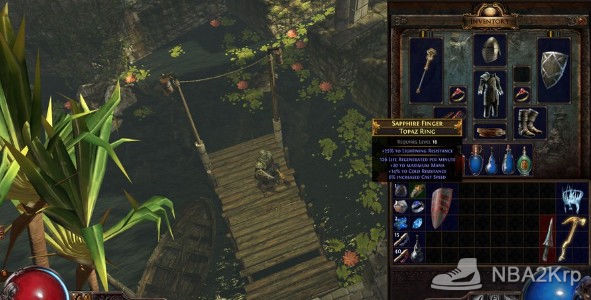 The complex gem system has been thoroughly revised. In PoE1, gems are slotted in individual weapons and pieces of armor. Replacing your gear means reconfiguring your gems which can be fiddly and annoying. Sometimes I find myself running with less than optimal gear because redoing the gems is just too much hassle. In PoE2, each type of weapon or armor has its own unique gem configuration and gems are slotted in a separate gem interface. If you want to change the gems slotted in the bow you’re using, you do it in the gem interface. If you find a better bow, all you have to do is equip it and the gem setup in the interface is automatically applied. It’s a huge improvement.

Path of Exile 2 also features physically-based rendering and a new lighting model. Characters have new models and animations. PoE1 didn’t look bad but PoE2 looks better. You can check it out in the new announcement and gameplay trailers.

As before, in this game, in order to further win, players need to collect important game items, including poe currency, Orbs, Maps and other unique Items.