Xbox Game Pass for Xbox One is getting another big game from Rockstar. Red Dead Redemption 2 will join the subscription service on May 7, Microsoft has announced. However, with the massive blockbuster's arrival comes the loss of an even bigger game--one that continues to land on sales charts more than six years after its launch.

Red Dead Redemption 2 is a prequel to the highly-regarded 2010 game Red Dead Redemption, showing the fall of the Van der Linde gang through the eyes of one of the gang's most trusted enforcers, Arthur Morgan. As the group is chased across the country by lawmen and bounty hunters, tensions rise and rifts appear in the tight-knit group. The Game Pass version will also include full access to the Red Dead Online multiplayer mode. You can pre-load it now if you're a Game Pass subscriber.

As one huge Rockstar game comes, though, another one goes. Grand Theft Auto 5, which is currently available on Game Pass for Xbox One, will be leaving on May 7. If you're more inclined to a modern-day crime drama, you have a couple of weeks left to play it. Or you can add it to your permanent collection for 20% off if you're a Game Pass subscriber. 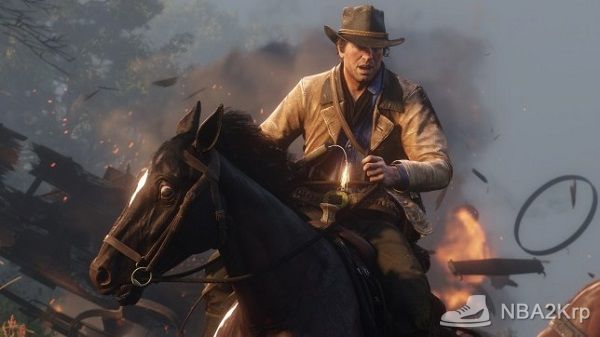 Game Pass offers two different tiers for $10 apiece per month, which offer similar (but not identical) all-you-can-eat libraries on Xbox One and PC. A Game Pass Ultimate subscription bundles the two, along with Xbox Live Gold, for $15 per month. This announcement doesn't include RDR 2 for PC, which only released last November.

This joins the latest round of Xbox Game Pass additions, which included the PC release of Gears Tactics.

"While Red Dead Redemption was mostly focused on John Marston's story, Red Dead 2 is about the entire Van der Linde gang--as a community, as an idea, and as the death rattle of the Wild West," Kallie Plagge wrote in GameSpot's Red Dead Redemption 2 review. "It is about Arthur, too, but as the lens through which you view the gang, his very personal, very messy story supports a larger tale. Some frustrating systems and a predictable mission structure end up serving that story well, though it does take patience to get through them and understand why. Red Dead Redemption 2 is an excellent prequel, but it's also an emotional, thought-provoking story in its own right, and it's a world that is hard to leave when it's done."