World of Warcraft takes place in a vast universe, not all the stories that happen in the game itself. Instead, knowledge is usually released through derivative games such as novels, short stories, comics, or Hearthstone. On May 29, Blizzard released the short story "The Moment of Poetry" by writer Madeleine Lou. This is a completely extravagant work, in which two characters read poems and chant softly with wow classic gold. It is one of the best parts of the battle story of Azeroth to date.

"Poetry Moment" plays two elven roles in World of Warcraft, the first Arcanist Talisra and the regent Rotmer Theron. I met Thalyssra when I met Legion's expansion in 2016. She leads Nightborn. He is an elf faction and became a tribal alliance in the battle of Azeroth. Lortemer has been the leader of the blood moon elves in Silvermoon City for 13 years. Lor’themar mainly hangs out in the background and plays a supporting role, but both are fan favorites. 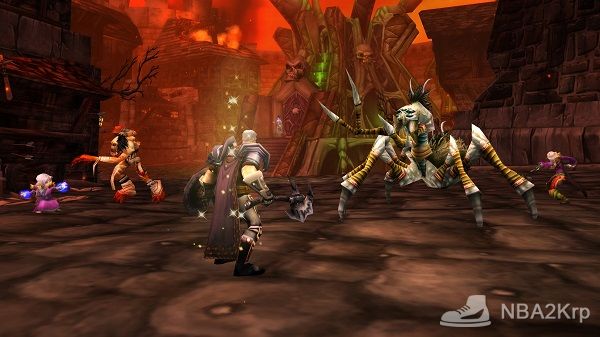 Unlike most incidental stories published in World of Warcraft, there is no action or bold pursuit. On the contrary, Rotemar was very passionate about Tarissa. When she invited him, his friend forced him to leave the house to meet the cute girl he liked. He went to Slamar and the two recite poems. Basically it's all, which is great.

The Battle of Azeroth tells the story: the evil genocide chief, the old god of Lovecraft, the great battle between enemies of a lifetime, and the heroic sacrifice for peace. There are problems with these stories. In contrast, "moments in poetry" are beautiful and simple. It's great to read two healthy characters reading poetry and talking about this. The best way is small. Although you may get a fantasy dress-up and decadent explanation from the story of the elves, this is just a personal problem for two people and them.

Of course, it was interesting to see the tall woman stroking the love of the short king.