World of Warcraft: The Burning Crusade Classic Is True Nostalgia 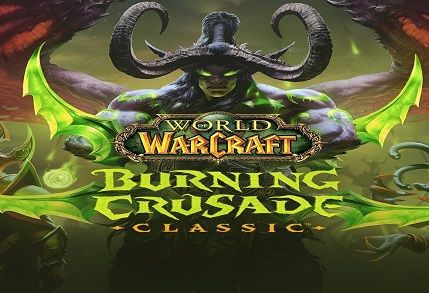 I fought against resubbing for this. I just haven’t been into World of Warcraft like I once was. Don’t misunderstand, I was an avid player for many years and devoted way more time than I care to admit into building up these characters, especially around the release of this first major content update. I began playing the game in Vanilla, just before the Naxxramas update started. There was that rush to reach level 58 so I could join my friends in the extended content and I loved the new races. The Burning Crusade is my favorite expansion. It’s the first one where I was there from the beginning, hooked already, eager to approach the new zones, and actually armed with the abilities and knowledge of how to conquer them. I was ready for Outlands, no matter what Illidan said, I was prepared. I held out for as long as I could, fought the urges, but the call to fight was too strong and The Burning Crusade Classic gripped me once again, but would it be the same?

I made a few decisions before starting to make sure this experience was right and truly classic. When the original TBC launched I rushed to the new zones only to realize they were overcrowded and difficult to navigate, so I decided that I’d just start with a fresh character, a blood elf. This seemed like a smart decision because those areas had to be less occupied with the new content so full, right? So this time around, I did the same thing. Instead of bringing over a WoW Classic character I had been working on, I’d start brand new. I also didn’t download any addons to help with my progression, because I didn’t use them back then. Most importantly, I didn’t start right when TBC Classic went live on June 1. I waited a couple of days to let people level out of the areas I’d be hitting up. Finally, I put on my best 2007-ish techno playlist that I used to jam with while doing PVP and went to town on grinding.

It was all so welcoming. I rewatched the opening cutscene, felt a tiny chill, and listened to the narrator tell me about the blood elves and their addiction to magic. I looked over the gorgeous lands, impeccable architecture, stunning clothes, and just took in all of the colors and lush environments, right up to The Dead Scar. That’s when I remembered the darker side of the people I loved and their trapped Naaru they were feeding off of. I could feel that tingle of lore inspiring me again as I began questing, took in the familiar ambiance, and even found the posh complaints of my character telling me he didn’t have enough mana to be comforting. I picked the paladin class to reflect my previous choice when I originally played, but would be smart enough to know not to try and level with the holy specialization this time, for my own sanity.

What surprised me was how much I remembered about these quests, having several of them memorized without even having to read the text. My fingers were moving in this kind of serene autopilot and I find the blood elf starting area so relaxing and peaceful, even while slaughtering everything I came across. Many of my decisions seemed to have paid off. Several of the quests that would normally have caused me grief, because of so many other players being present or ridiculous drop rates, seemed to be completely in my favor this time. Painful tasks like “Lost Armaments” went by much quicker and I even found one particularly egregious quest to be so easy that I thought it had to be a trick.

“Felendren the Banished” is one of the last quests in the first small area for new blood elves and it can be a nightmare if not in a group or a little luck is involved. On the opening night of the original TBC expansion, I spent almost an hour at the top of this tower trying to kill the betrayer known as Felendren, swinging my sword with so many others, just hoping to land the first hit so I could claim the victory, take his head and be done with the assignment. Groups were forming but I couldn’t get in one, people were getting lucky with ranged attacks, but I was a melee character. It seemed hopeless and I almost left the tower to return later, but I finally had my chance. It’s a moment of gameplay burned into my memory for the pain involved and elation upon turning that severed head over and getting my XP. This time through, the place was almost eerily quiet and I only had one other person to contend with. I almost invited them to a group, to do it together, but I felt the old scars and struck first—I’m sorry.

I have run into quite a few people while out in the Eversong Woods and Ghostlands and though I’m not usually a fan of others in my video games, I realized it was part of the experience. Back when I used to play I had a lot of really cool guildmates: Fariequeene, Ulik, Gore, Zyn, Eli, people I called friends. This wasn’t the same, in fact, there was very little communication other than about where a particular target was, but it was nice and I noticed a distinct lack of assholes, which was different, pleasant. The population for the areas I was playing in these past few days has been nearly perfect and from what I’ve seen over the various channels and in major cities, there are enough people there to make some new acquaintances and get some dungeons done.

I was enjoying myself and felt a lot of the old familiar sensations I associated with the game coming back. I like WoW a lot, I just don’t have the time I used to and many of my close friends don’t play anymore. The first night I played TBC Classic I went to log off, but almost talked myself out of it. I thought I could surely get one more level in, just go find where this next quest was. Much like my blood elf, the addiction was seeping back in quickly. I’ve been playing more to write about it, but I think I’ll be doing some more even after I’m done. I paid for a whole month after all and what harm would one or two more be?

Are the Classic modes of WoW better than retail (the current game)? That’s hard to say. On some levels, the answer is definitely yes. I will always prefer the older talent trees, the traditional talents, and spells, while I think many of the older raids and dungeons thrilled me more. On the other hand, I had a blast listening to my wife talk about how slow leveling was, the fact that we don’t get mounts until level thirty, and how hard it is to make gold. There are some major quality of life tweaks that have come to the game, improvements that seem odd to go without now. I may be downloading a couple of add-ons to help me with quests currently as well, but that is the beauty of being able to have more selections on how we want to play these days. There is even a character boost that can be acquired, but those leave players in a bad spot with gear, so be wary.

I’m not sure how long WOW TBC gold will stay popular, or how many people will realize that the old stuff suffers from a little too much of a nostalgia boost, but I have appreciated my time in it so far and will continue to enjoy it myself for a while. It’s worth checking out for anyone who played back in the day or those who want to see what the game used to be like before everything changed. If I fell back in this hard, I think anyone can.